When opening the latest stand-up, TSB’s new HR Director, Liz Ashford, observed that: “colleagues look out for and take care of one another and genuinely want the right thing for each other”. And when asked a question about “putting staff first”, she said: “the partners have always been at the front and centre of our minds”. Rewind a few hours earlier and the same Liz Ashford was writing to staff telling them that their pension pots were being raided by TSB in a desperate attempt to save money. The irony of what she said and what she is prepared to do strikes with all the force of a cartoon anvil. But nobody is laughing, least of all TSB staff who will see their pension pots reduced over time.

Over the long-term, management fees can make a huge difference to the size of pension pots. Previously, most of the costs of running the pension scheme were absorbed by TSB but now they are simply passing them on to staff. The costs may be relatively low now, but there are no guarantees that those costs won’t increase significantly once all the pensions have been transferred to Legal and General. The L&G Master Trust arrangement does allow employers to pay for the administration costs of the scheme and many of the 62 companies that are in the Master Trust absorb those costs rather than passing them onto their employees. To save money, TSB has decided not to do that.

The Statement of Investment Principles for the Master Trust says: “Transaction costs arise when the fund managers buy and sell the assets held by each fund. Costs may also be incurred when units in the funds are bought and sold. These costs are reflected when calculating the funds’ unit prices and members’ fund values and are, in effect, borne by members”.

These additional charges, which will vary depending on which investment option members choose, will also be borne by TSB staff. And the total management charges of the Master Trust are clouded in secrecy, which makes us even more suspicious about what TSB is up to. TSB has said what the charges are for the default schemes but not for all the schemes. Why is that?

If you invest £3,000 a year (employer and employee contributions) for your retirement 30 years away, and the investment fund costs 1% of the money invested and the fund manager achieves an average return of 4% a year before fees, your savings pot will grow to £147, 584. 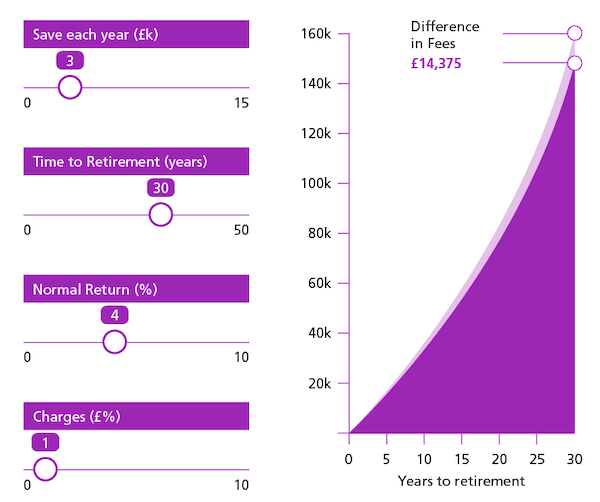 It’s wrong that TSB staff should have to pay for the costs of the botched IT migration with their pension pots whilst those responsible – in TSB, Sabis and Sabadell – keep their lucrative pension benefits. Why is it always the case that whenever something goes wrong in a business, it’s innocent members of staff who are made to suffer? For the likes of Crosbie, Ashford and Meddings, £14,000 is a Caribbean holiday: for our members it’s a significant part of their retirement benefits.

Accord and Unite Go Along With Changes

As usual, TSB’s partners, Accord and Unite, have said and done nothing. The backdrop to this pensions raid is the massive cost of the IT meltdown on which these ‘unions’ remained silent too. Had they campaigned at the same time as us to stop the incompetent IT migration TSB would have been in better shape now and the bank would not be taking money from staff.

Accord and Unite are used by TSB to try to legitimise the utterly indefensible and in return for keeping quiet on everything of importance to staff, they are supported by TSB. Without that support neither union could operate.

Members with any comments or questions can contact the Union’s Advice Team on 01234 716029.